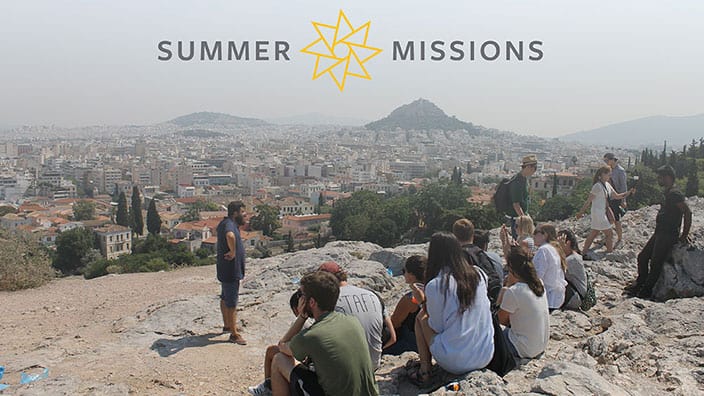 Spend the summer in the Mediterranean! Enjoy the melting pot of an international city with French, Spanish, British, and Arabic heritage. Our vision for the summer is to grow in intimacy with Christ and one another. Filled and empowered by the Holy Spirit, we will step out in faith and give Muslim college students the opportunity to hear the Gospel. By doing this we are trusting that God will transform lives and families. We invite you to come join us in this amazing adventure of playing a part in God’s epic story of bringing life to the world.

The Mediterranean may seem like a random place to be taking a Destino Partnership. I mean, after all, what do Latinos have in common with Arabs? The short answer to that question is, “A lot!” Because the Moors (los Moros) controlled Spain for 750 years, much of what we think is Hispanic culture really is Arab. In fact Ray Bakke, a pastor from Chicago, says that “culturally and linguistically [Latinos and Arabs] are cousins”. Up to 20% of the Spanish language is derived from Arabic. Architecture, food, dancing, and many other aspects of Latino culture can trace some of their influences back to Arabs in Africa. The two cultures are so similar.

For the past 1,000 years the Arab world has been a dark place spiritually. A Christianity that was once vibrant and thriving, producing such church greats as Augustine and Tertullian, disappeared. The numbers of Christians in this part of the continents slipped to fewer than 5,000. That’s less than 1/10th of 1%. Millions of people who will be born, live, and die without ever hearing the good news of Jesus. And you can do something to change that.

God has gifted you with a unique cultural heritage, one that contains elements going back hundreds of years. He has prepared you “for such a time as this.” (Esther 4:13-14) So why not take a chance and apply for a summer missions trip to the Mediterranean with Destino? God will use you greatly in the lives of the people of the Muslim world. But more than that, He’ll do great things in your life. Go on summer project, you’ll never be the same.

Information for the 2021 Destino Mediterranean Summer Mission will be posted here when it’s available. Contact us if you have questions.